Singer/guitarist Dean Wareham is more influential than he is usually given credit for. Often sounding like a depressed slacker, Wareham has inspired a number of indie rockers to express their sadness with a wistful tenor. Wareham was born in Wellington, New Zealand, on August 1, 1963. In 1977, Wareham and his parents relocated to New York City. Wareham then moved to Boston to attend college. After spending a year in Germany, Wareham returned to Boston in 1987 and formed Galaxie 500 with his high-school and college buddies Damon Krukowski (drums) and Naomi Yang (bass). Galaxie 500 were signed to Shimmy Disc and released their first album, Today, in 1988. Although Galaxie 500 received little mainstream recognition, the band's languorous, narcotic rhythms -- recalling the Velvet Underground and Joy Division -- had a significant impact in shaping alternative subgenres such as shoegazer and slowcore. Wareham recorded three albums with Galaxie 500 before leaving the group in 1991. Galaxie 500's label, the U.S. division of Rough Trade, also folded that year, leaving the band's LPs in limbo until Krukowski later bought the master tapes at an auction. Wareham then moved back to New York City, releasing the EP Anesthesia and contributing vocals to Mercury Rev's "Car Wash Hair."

A year later, Wareham started Luna with Justin Harwood (bass) of the Chills and Stanley Demeski (drums) from the Feelies. Named after Diane Keaton's character in the Woody Allen film Sleeper, Luna recorded their debut full-length, Lunapark, for Elektra Records. The track "Slash Your Tires" was a minor hit on modern rock stations, but Luna's subsequent commercial failures diminished the label's faith in the group's ability to attract a bigger audience. Elektra dropped the band before its fifth album, The Days of Our Nights, was even released; it was distributed in 1999 by Jericho instead. The lack of major-label support did nothing to diminish Luna's adoring fan base. Wareham et al. issued Luna Live (Arena Rock Recording Company) in 2001. Around this time, Harwood left Luna and was replaced by former Belltower and Ultrababyfat bassist/vocalist Britta Phillips. Phillips, who had also supplied the singing voice for Gem on the iconic '80s cartoon Gem and the Holograms, would become an integral part of Luna, appearing on their acclaimed 2002 release, Romantica. In 2003, Wareham and Phillips, now romantically involved, delivered their first album as Dean & Britta, L'Avventura. Produced by Tony Visconti, the album was a breezy mixture of originals and standards inspired by the '60s pop of Serge Gainsbourg and Lee Hazlewood. The following year, Luna announced their retirement and released their seventh and final record, Rendezvous.

Wareham and Phillips continued onward after Luna split, releasing the 2006 Dean & Britta EP Words You Used to Say. The following year, Wareham and Phillips married and released the second full-length Dean & Britta album, Back Numbers, a collaboration with Pete Kember of Spacemen 3 and Experimental Audio Research. Also during this time, Wareham and Phillips supplied the soundtrack to 13 Most Beautiful: Songs for Andy Warhol Screen Tests, a film featuring several of Andy Warhol's silent-film portraits of artists like Nico and Lou Reed. Wareham followed that release with an EP, 2013's Emancipated Hearts. Produced by Papercuts frontman Jason Quever, the EP also included backing from Phillips along with drummer Anthony LaMarca. In 2014, Wareham returned with his first full-length solo album, an eponymously titled release featuring production by My Morning Jacket's Jim James. 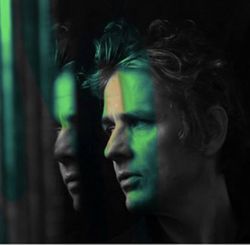 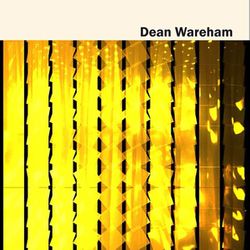