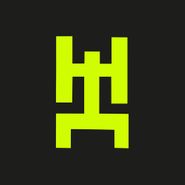 The eponymous debut album from West Yorkshire’s Working Men's Club has a mix of guitars, synths, and electronic beats that is reminiscent of New Order and The Fall, but it is also something totally of this moment. This angular sound was forged under the watchful ear of producer Ross Orton (The Fall, M.I.A., Arctic Monkeys), who helped the band craft their indie-meets-techno-meets-industrial Northern English sound.