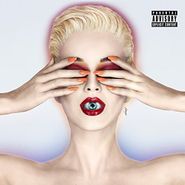 World conquering diva Katy Perry is back with another Max Martin assisted mega album, her first in four years. While her previous records consisted more of karaoke belters and feel-good arena pop, Witness focuses its gaze squarely on the dance floor, even to the point of self-aware commentary. The album’s lead single, “Chained to the Rhythm,” works in a critique of mindless pop music and consumption on top of a dancehall-minded disco beat that could turn Daft Punk green with envy, while simultaneously positioning itself to be that same mindless pop song of choice. It’s a cute, wry method to write a hit single; a more cynical Katy Perry to the heart-on-a-sleeve Pollyanna that we’re used to. Elsewhere on the album, deep house bass, bright sequenced synths, and a pulsing backbeat give these songs their Ibiza-influenced flair. A midnight toned dance pop record and dark, after-party equivalent to Perry’s sugary main act.