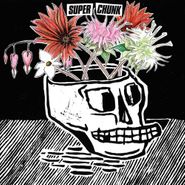 What a time to be a '90s indie rock band. Finding their acerbic style to age more gracefully than the flamboyant hedonism of those classic rock forefathers, many of the slack mothers of the Lollapalooza-era have enjoyed a productive and substantial recording life well into their third decade. Enter Superchunk, who sound as angry in 2018 as they have since their earliest singles. What A Time To Be Alive makes no secret of a band being sprung into action by the Trump election, with righteous fury driving tunes such as “Lost My Brain,” “Reagan Youth,” and the title track. Yet for all the rot and rancor, the band’s trademark melodicism and ageless enthusiasm remains intact. Maybe it seems weird that one of the most blistering releases of the Trump-era thus far comes from a middle-aged band, but here’s a secret: your parents are more punk than you.