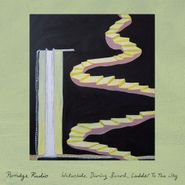 UK band Porridge Radio play with genre expectations on their moving new album, Waterslide, Diving Board, Ladder To The Sky. The group moves from post-punk to art rock to chamber pop with Dana Margolin’s distinctive, defiant voice lending unstoppable emotion to the tracks. Written in response to the “joy, fear, and endlessness” of recent years, the album feels like a catharsis, a refusal to let the bad things in life take you down and keep you there. The songwriting is at times intimate as a secret, other times as bold as a fist raised against the seemingly never-ending tide of ills in our world. A bold, beautiful collection of songs intended for anyone who has ever been knocked down and is working on pulling themselves back up again.