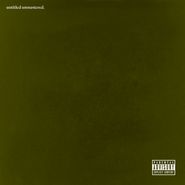 For most artists, the sudden announcement of the release of unfinished, unmastered leftover tracks from a year-old album would only be met by enthusiasm by the most ardent of fans. For a world-class artist on the top of his game — that would be Kendrick Lamar — the response is understandably fever-pitch. And untitled unmastered doesn’t disappoint. “I guess I’m runnin’ in place,” he says on the opening track over a heady mix of paranoid jazz, siren synths and strings that sound like they’re barely coming up for breath. But that’s hardly the case, as Lamar shows over the course of eight adventurous tracks that can be called anything but throwaways. “untitled 02” sees Lamar stretching on jazzy, scat-like vocals and casually delivered but still great rhymes. “untitled 03’s” paranoia about losing credibility and sense of self in the face of success (“See you thinking too much, plus you too full of yourself/Worried about your career, you ever think of your health?”) is strewn with contemplations on race. “untitled 05,” unveiled on the Grammys, sees piano, sax and a cymbal-heavy beat scatter about Anna Wise’s laid-back vocal. No rapping shows up till two minutes in, as Lamar explores the effects of institutionalized racism on an individual. Only “untitled 07,” with its extended length and lyrics about how “head is the answer,” could be considered an indulgence. “untitled 06,” featuring a velvet hook from Cee-Lo, and the absolute jam, “untitled 08,” which Lamar debuted on “Fallon,” could’ve been singles thrown onto the end of To Pimp a Butterfly. Sometimes collections of outtakes can be as good as “real” albums because the pressure’s off the artist to deliver something complete or coherent and allows them to take chances and lighten up. With untitled unmastered, that’s definitely the case.