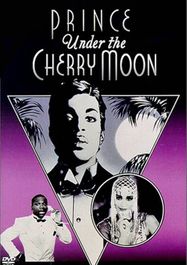 His Purple Rain took the movie and music worlds by storm. Now Prince stars - and makes his directorial debut - in his lavishly playful second film Under The Cherry Moon.

He plays an American musician living with his pal (Jerome Benton) on the French Riviera and on the bank accounts of bored divorcees. The next object of his affection is a lovely and spirited young heiress (Kristin Scott Thomas in her movie debut). He doesn't count on confronting the girl's enraged father (Steven Berkoff). And he certainly doesn't count on falling in love. But with Prince in charge, you can definitely count on exciting music, shimmering costume and production design and style to burn. This Moon shines!