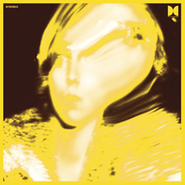 Ty Segall this year has already released a dual album with White Fence and an excellent run through a more ferocious take on his rock ’n’ roll with Ty Segall Band’s Slaughterhouse. Despite the excellence of those albums, they were diversions from his usual run of albums. He returns to his solo material with Twins, an album that ostensibly is more of a singer-songwriter record, similarly to albums like Melted or Goodbye Bread, but which in reality splits the distance between his more song-first material and his noisier releases, such as Slaughterhouse or his first releases. Twins is really the best of both worlds. “Inside Your Heart” is tuneful but disintegrates into sludgey guitar noise. “The Hill” is a breathtaking stomper, but Segall sings at his most Lennon-esque and beautiful female vocals at the chorus adds an unexpected twist to what could have been another good times Segall song. Twins has what an album as strong as Goodbye Bread didn’t — meat — without sacrificing any of the songwriting. Witness the extreme tunefulness of a song like “Would You Be My,” as catchy and acidic in equal proportions as a Nirvana song. As prolific as Segall is, Twins shows all of those releases weren’t the work of a dabbling, frivolous artist. Twins is smashing, as honed a release as Segall has to his name, and even just judging by his releases in 2012, that’s saying something.