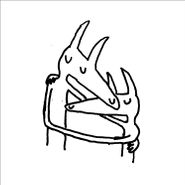 Will Toledo spent a near half decade releasing homemade albums on Bandcamp before his eventual discovery by Matador records in 2015. By the time his label debut Teens Of Style was released, it was already the 9th full length of Car Seat Headrest’s quickly sprawling discography. In the spirit of Style, which consisted of rerecorded songs from his Bandcamp era, Toledo revisits that prolific period for his newest release. Twin Fantasy is arguably the most revered album of Car Seat Headrest’s early years, featuring the Spencer Krug-evoking yelp of Toledo delivering Built to Spill-sized emotion via Guided By Voices melodies, with the surrealistic ramblings of Bob Dylan thrown in for good measure. It’s an undeniably idiosyncratic indie rock epic, tinny recording quality or not. On this new version, recorded with a full band and in a proper studio, Twin Fantasy is given the big budget treatment it always deserved. The difference is night and day; if the original was merely the storyboard version of an indie rock classic, this is the widescreen blockbuster fully realized.