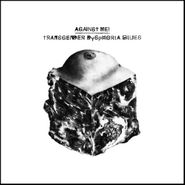 One of the more compelling stories in rock music over the past few years has been Laura Jane Grace’s willingness to be open and vocal about her transition into becoming a woman after fans first got to know her as Tom Gabel, lead singer for punk band Against Me! It’s been great to see fans embrace her during a sensitive time, and Grace, for her part, sounds energized and ready to tear shit up across Transgender Dysphoria Blues. “You want them to see you like they see any other girl, they just see a faggot,” Grace practically screams into the mic on the rollicking title track. “True Trans Soul Rebel” is a country-lick-infused radio-friendly rock with painful lyrics that shed light on the struggles faced by trans people. “Drinking With the Jocks” manages to be funny and heartbreaking at the same time (“A dick in my hand for all of my life, just like I was one of them”). For all of Grace’s personal struggles, she has a way of making them immediately, universally relatable—“F---mylife666,” the album’s best song, matches lyrics about difficult to define emotions, deftly stringing together feelings of yearning, self-doubt and gratefulness, with one of the catchiest three-minute rock arrangements since the ’90s heyday of bands like Green Day and Weezer. At a zippy 29 minutes, Transgender Dysphoria Blues gets its meanings across concisely and memorably. It’s a triumphant re-emergence for the band, and one that fans will heartily embrace.