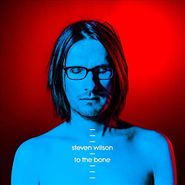 Steven Wilson, most notably of underground prog heroes Porcupine Tree fame, releases his 5th solo album, which represents somewhat of a transformation in his career arc. While earlier Wilson releases followed a similar template of concept-heavy, knotty prog rock not dissimilar from his work with Porcupine Tree, To The Bone follows a more straightforward, pop-centric approach. Yet a “pop” release from Wilson is anything but predictable, and the result is a chameleon of an album, encompassing many different moods and textures. “Song Of I,” features guest vocals by Sophie Hunger and recalls Nine Inch Nails in its eerie minimalism: with deep, ominous synths over which angsty lyrics are delivered in a sultry near-whisper, with a hint of menace lurking beneath the surface. On the other hand, “Permeating” is an ELO-worthy, disco-minded pop rock tune, boasting a tremendously catchy falsetto chorus and then a post-chorus turnaround that might be even catchier. It’s one of those songwriting tricks scrubbed out of most modern pop by the mathematically simplified approach of Max Martin-types, and only successfully pulled off by a true pupil of the craft. To The Bone is a testament to that craft; not just a statement that a guitar-wielding prog wizard can do pop too, but that the very distinctions between rock and pop are imaginary little rules begging to be played with.