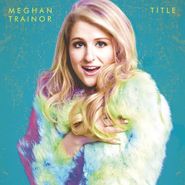 Meghan Trainor hit it big with her ubiquitous real-girl anthem, “All About That Bass.” It would’ve been tempting to label her a flash in the pan, but thankfully, Trainor’s debut LP doesn’t coast on “Bass” (which is included here); rather, it doubles-down on that song’s sass while producer Kevin Kadish expands Trainor’s sonic palette. “Dear Future Husband” is the kind of agreeable, updated version of vaudeville that Christina Aguilera once traded in. In fact, there’s a charming old-timeyness to a lot of these tracks. “Close Your Eyes” is a sweet, ’50s-style ballad, with electronic elements like digitally lowered backup vocals for modern measure. Similarly, “3am” skates by on chiming piano and musical-style melody, but Trainor’s hip hop-style delivery keeps things relevant. It’s a smart angle—aligning Trainor with timeless musical touchstones keeps her stylistically interesting and cohesive, falling somewhere between Amy Winehouse’s remade classic soul and Adele’s more straightforward, contemporary pop. Meanwhile, collaborators like John Legend and bouncy, hip-hop flavored tracks like second single “Lips Are Moving” keep things firmly rooted in 2015. Title is not only better than anyone could’ve hoped for from a viral star like Trainor—it’s an excellent pop debut.