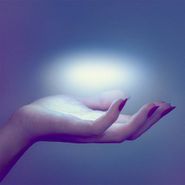 Producer David Fridmann (The Flaming Lips, Mercury Rev) ends up being the perfect collaborator for Austin’s Spoon on their excellent eighth album. His unmistakable stamp helps the drums explode on rock stomper “Rent I Pay”; he augments the band’s lean indie funk-rock sound with harps and synths on the lovely “Inside Out”; and “Do You’s” loopy spaceiness helps make it the best Britpop song that never was, like late-era Blur on a country kick. Of course, none of the album’s majesty would be possible without the band itself, who co-produce (along with early producer Joe Chiccarelli) and write some of their catchiest tunes to date, and that’s saying something, given that this is the band responsible for earworms like “The Way We Get By.” The band stretches itself to the limits here without straying too far from its core appeal, as songs like the slinky, dark “Outlier” sound unlike anything in the band’s catalog but (pardon the pun) don’t stick out in a bad way. The melodies and arrangements are ace throughout, and frontman Britt Daniel becomes more versatile, engaging in a kind of beatnik singspeak on “Let Me Be Mine” while still unleashing those great, sandpapered pipes to their fullest potential on the chorus of “Do You.” It adds up to one of the best-ever releases from one of the solidest bands in indie rock, a total triumph and utterly welcome return.