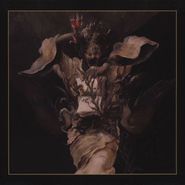 Already hailed as a classic of the genre, The Satanist arrives with ample hype from the death metal community. Luckily, Behemoth blow away expectations throughout their 10th album. “Blow Your Trumpets Gabriel” begins with familiar enough surroundings—a low-end, Sabbath-inspired riff, a processional and Nergal’s shredded yet intelligible vocals—but they blow the thing apart with tribal beats and ghostly synths that explode in the middle of the song and don’t let up for its remainder. “Ora Pro Nobis Lucifer” offers no such soft pedaling, launching right into its pummeling beats, gothic riffs and satanic, individualist lyrics. Though Behemoth trade in familiar death metal tropes, their tones and subjects are so well-considered across the album that the Polish band can only be called masters of the genre at this point. The Satanist is a thing to admire, ungodly in its power of noise.