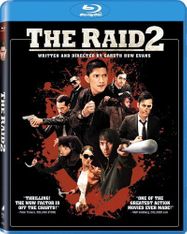 Immediately following the events of The Raid: Redemption, Rama (Iko Uwais) is forced to reinvent himself as an undercover cop in order to provide protection for his wife and child. Working for the anti-corruption taskforce led by the one person he can trust, Bunawar (Cok Simbara), he is given a mission to engage himself as an enforcer for a local mob boss, Bangun (Tio Pakusodewo). Finding a way in through Bangun's son Uco (Arifin Putra), Rama must hunt for information linking Bangun with police force corruption. All the while, he harbors a dangerous and personal vendetta for revenge and justice that threatens to consume him- and bring both this mission and the organized crime syndicates crashing down.