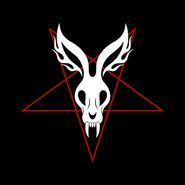 It’s the first new release from Mr. Bungle since 1999…kinda. The Raging Wrath Of The Easter Bunny Demo is a rerecording of the group’s impressive 1986 high school thrash metal demo, performed by OG Bungle members Mike Patton, Trey Spruance, and Trevor Dunn, along with Scott Ian (Anthrax) and Dave Lombardo (Slayer/Dead Cross). With roots in the late ‘80s hardcore, punk, and metal scenes, these eleven scorching tracks feature pounding rhythms, punishing riffs, and intense vocals. It’s crazy to look back at what these guys were already capable of even in their teens and see the direct routes to what they would become in Mr. Bungle. Turn it up loud!