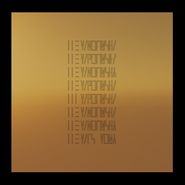 After nearly a decade away, The Mars Volta return with a self-titled debut that captures all the intensity fans love, in a more stripped-down straightforward manner. OK, it’s definitely not minimalism, but the focus here is less on frenetic prog punk energy, and more on sweeping, emotion-inducing songwriting with an undertone of catharsis. The songs feel grounded yet grand, with Latin flourishes adding moments of unexpected loveliness, whether they’re rooted in funk grooves or melodies imbued with yearning. This is a really exciting, adventurous release from one of underground rock’s most consistently boundary-pushing acts.