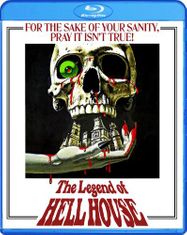 The wealthy owner of a haunted mansion believes his home (which has been dubbed 'Hell House' due to a history of bizarre happenings therein) might provide the answer to the phenomenon of life after death. To prove his theory, he enlists the help of four brave psychic investigators whom, to acquire the situation in it's entirety, set up residence in the dark and mysterious abode. Soon after, the team are nearly driven to insanity as they slowly begin to discover how the mansion got it's gloomy moniker. An atmospheric and menacing film from the director of Eyewitness (1971).