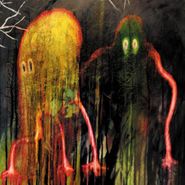 Radiohead’s nearly surreptitious eighth studio album —The King of Limbs, originally released digitally last month — coincides with eight low-key songs that turn the trick of being accessible, abstract and centered all at once. The Oxford quartet go in for a chill-zone late-night foray, where the tensions of the day (percussive nervousness, electronic tics, Greenwood’s meandering bass lines) are held internal in each song by Thom Yorke’s reassuring vocals (“Give Up the Ghost,” “Morning Mr. Magpie”). If the album doesn’t pioneer ideas the way OK Computer or The Bends did, Limbs certainly pushes the envelope in how to contain total composure sonically.