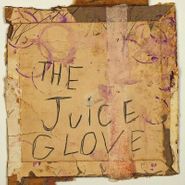 G. Love & Special Sauce came to prominence as an alternative hip-hop ensemble during the alt-everything boom of the '90s, featuring a scrappy and stripped blues band overlaid with the charismatic vocals of Garrett Dutton, who MC’d with a laid back, effortless cool and slotted seamlessly between acts such as Sublime and Everlast. Unlike many of their contemporaries, however, the group has never slowed down. With Dutton and co. averaging an album roughly every three years, The Juice marks their 17th official release since their inception. While the musical foundation behind the group's initial success is intact, don’t simply expect more of the same. The Juice is co-written and co-produced with Grammy-winning Nashville bluesman Keb’ Mo’, and especially emphasizes that particular strand of G. Love’s DNA: featuring Mo’s fingerpicked acoustic and slide guitar all over these tunes, the album sounds as "traditionally" bluesy as anything they've ever done. The songs themselves face a particular balancing act as well. With a back catalog of songs devoted to good times, Dutton’s aware of the potential for his message to get staid after 25 years, and The Juice addresses relevant social issues of the day without coming across as heavy-handed or forced. G. Love and Special Sauce achieve that equilibrium, which is especially notable when the music sounds like one nonstop party.