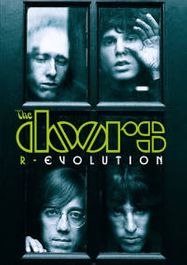 Combining early TV appearances with their own music films, it illustrates how The Doors evolved from the constraints of late sixties television to a point where they had the creative input and power to shape how they were portrayed on screen. Throughout the unique charisma and talent of The Doors comes across, whether it be on a lightweight pop show or on a film created from their own imaginations, along with some of the most influential music ever made.