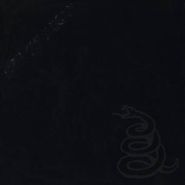 What was supposed to be Jay Z’s farewell album, 2003’s The Black Album is reflective on his career, and he extols himself (naturally) as the greatest there ever was. It ended up being loaded with club and radio hits; “Change Clothes” featuring Pharrell Williams is one of the less confrontational tracks, most certainly so by the addition of William’s highly stylized falsetto. “Dirt Off Your Shoulder”—and the accompanying hand-to-shoulder motion—have effectively become a part of the time capsule of early ’00 hip hop, and the Rick Rubin-touched gem “99 Problems” maintains it relevancy in East Coast rap’s history to this day.