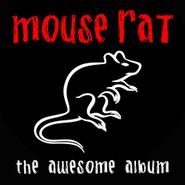 Does your life (and stereo system) have a Parks and Recreation-shaped hole in it? Well, today’s your day, Pawnee citizens and wannabe citizens, because Mouse Rat, fronted by Andy Dwyer (Chris Pratt), is releasing its first full-length, The Awesome Album. It’s a deeply serious comedy album with a star-studded cast of collaborators, including Duke Silver (aka Nick Offerman’s character, Ron Swanson) and Scott Tanner (aka Wilco’s Jeff Tweedy). With unforgettable tracks like “Sex Hair” and “5,000 Candles in the Wind (Bye, Bye Lil Sebastian),” no sitcom-based bar band has ever rocked this hard.