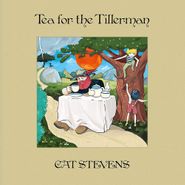 It's the 50th anniversary of Yusuf/Cat Stevens' Tea For The Tillerman from 1970, which he reimagined this year with his son. The original classic with its beloved singles like "Wild World" and "Where Do The Children Play?" has been remastered for this Super Deluxe Edition and paired with a brand new 2020 Mix; Yusuf’s new interpretations on Tea For The Tillerman²; a disc of demos, outtakes and alternate versions, including two previously unreleased tracks; a disc featuring 25 live performances, five of which are previously unreleased; the full Live At The Troubadour performance on 12” vinyl; and a Blu-Ray featuring HD 24bit/96khz audio of the 2020 Mix, as well as 8 previously unreleased live TV performances, 7 tracks performed live at KCNET studios, Los Angeles, and the official “Father And Son” video.