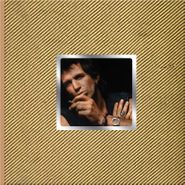 Keith Richards' successful solo debut in 1988 reminded the world that the legendary Stones' guitarist was a rock n' roll singer/songwriter in his own right and perhaps provided the break the volatile group needed at the time. For its 30th anniversary, the remastered release includes a deluxe edition LP box set version with plenty of extras, including 7” singles, bonus tracks, an 80-page book, lyric sheets, two posters and more. Bonus songs, such as the grooving “My Babe,” feature collaborators like Mick Taylor and Bootsy Collins.