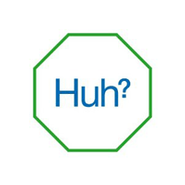 Originally this was going to go way down my Best of 2012 list. It was like, yeah it’s good and I have loved Spiritualized/Spacemen 3 in the past, but this is kind of overrated. “Hey Jane” sounds like he wrote most of it in two seconds. Then I put it on for the first time in months and was totally floored. J. Spaceman’s various albums usually take a few spins to get under your skin, and what sounded at first like retread to me, eventually I started to really appreciate. Especially good is the middle chunk of the album, from about the back half of “Hey Jane” to “Little Girl” and “Too Late,” songs so lovelorn and sweet you don’t really want them to end, through the acidic “Headin’ for the Top Now.” Over time, most of the albums released in a year are largely forgotten, if you’re listening to them in a high volume. I think Sweet Heart Sweet Light is one I’ll keep coming back to and uncovering something new.

Sweet Heart Sweet Light is the kind of masterful, orchestral and, yes, spiritual rock ‘n’ roll statement that only could come from Jason Pierce’s Spiritualized. Sweet Heart hearkens back to the scope and ambition of the band’s landmark Ladies and Gentlmen, We Are Floating in Space album, but includes the blues and soul updates that have marked the band’s past few albums. “Hey Jane” grabs you by the neck and charges hard through eight minutes of Stones-as-krautrock, disintegrating halfway through and coming back for another haunting bout. But highlights abound through the album, such as “Little Girl,” one of the most effortlessly soulful things Pierce has put to tape, or the classic Britpop of “Get What You Deserve,” reminiscent of the times when Spiritualized rubbed shoulders with The Verve and Oasis. Pierce even throws Spacemen 3 fans a bone with “Heading for the Top,” a long and winding tour through Pierce’s religious and psychosexual fantasies as guitar fireworks explode around him. Redemption never felt so good as this.