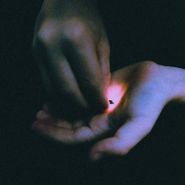 Like all the best bands of this day and age, Bambara resists easy characterization. Though gothic elements abound, along with cowpunk and noise rock, there is so much more to the group’s sound to suggest any semblance of revivalism or retro-fetishism. Stray is the band’s 4th LP, and they have evolved considerably since their 2013 debut. The industrial influences are nearly gone, and the sheen of sludge that conjured dimly lit basements and squalid back alleys has been replaced with a rich, expansive production. The band explores dark balladry on songs such as “Sing Me to the Street,” and the high drama that previously came from a brittle sonic assault now primarily comes from Reid Bateh’s pen. Nick Cave and The Gun Club are clear influences here, but their music has been internalized and expounded upon rather than regurgitated, and Bambara sounds closer to a goth rock incarnation of Protomartyr then any of those two oft-imitated genre touchstones. Upping their storytelling acumen, Bambara delivers a rock ‘n roll album of impeccable atmosphere; 10 vignettes of neo-noir suspense and Western violence.