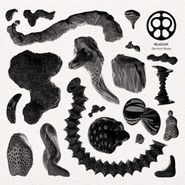 Yes, Yuvi Havkin, nom de plume Rejoicer, is a producer on Stones Throw records with a fondness for the following: Deep basslines. Jazzy beats. Cheap synthesizers. Dusky production. Lackadaisical vocal turns. And perhaps most tellingly, a fondness for chemically-altered verbiage for song and album titles such as Heavy Smoke. On paper, Havkin fits his musical surroundings almost too well, but is by no means a carbon cutout of other luminaries of the LA beats scene. The Tel Aviv-based producer has a knack for creating electronically manipulated soundscapes with a heavy ‘70s jazz influence, and on Spiritual Sleaze, he has completely come into his own. Taking a page out of Lonnie Liston Smith’s book, tunes like “Pre Memory Circle” strike a precarious balance between jazz and pure ambient. Featuring dreamy, twinkling keys and spacey synths, it remains musically anchored by a shuffling drum loop and walking bassline that keep the groove intact and prevent the song from fully departing into the ether. Even what is ostensibly a pop single in “Up in Flames” is buoyed by intricate keyboard and bell interplay as the main hook. So perhaps that “producer” tag is misleading; too vague to describe his work accurately and separate from his contemporaries. Rejoicer is more an architect of mood. If that’s the case, Spiritual Sleaze is his cathedral.