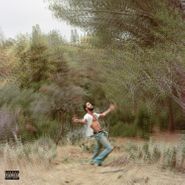 Kid Cudi takes a sharp left turn on his latest release, eschewing his blog rap style in favor of lo-fi rock ‘n’ roll recordings. Surprisingly, this stripped-down approach works well and helps define Kid Cudi as a songwriter. It’s hard to make him out from the tunnel of tape hiss on opener “Edge of the Earth / Post Mortem Boredom,” but, soon, Scott Ramon Seguro Mescudi makes his presence known, stomping through the simple and straightforward “Confused!” The raw, rocking “Man in the Night” follows, sounding like it was designed for driving around or pregaming with pals. Tracks range from spare rockers (“Screwed”) to spacious, more experimental pieces like “Adventures,” which sees Mescudi rattling off thoughts, experiences and observations over a simple but expertly constructed groove. On moments like these, we see the Mescudi that helped make Kanye West’s 808s and Heartbreak such an interesting record, utilizing the influence of artists like Guided By Voices and Cody Chesnutt to create a one-of-a-kind experience. The rattling, rambling two-disc album is itself full of diversions and weird turns—“stay tuned!” he declares on the stomping, Nirvana-esque “Judgmental C**t,” as though stating his M.O. You can’t help but get wrapped up in it and follow Kid Cudi to wherever his muse takes him.