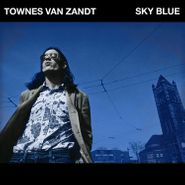 For fans of Townes Van Zandt (and of rootsy country/Americana in general), Sky Blue is a treasure trove. Packed with undiscovered — and often unreleased — gems, the collection consists of tracks Van Zandt laid down at his friend Bill Hedgepeth’s Atlanta, Georgia home studio in early 1973, a time when he was fresh off the now-classic The Late Great Townes Van Zandt, before six years of studio silence. These plainspoken, compelling tracks include demo versions of songs he’d go on to record, new songs he’d shelve, songs from his previous record, and covers of Richard Dobson's "Forever for Always for Certain," Tom Paxton’s "The Last Thing on My Mind" and the murder ballad "Hills of Roane County.” It’s a glimpse into the workings of the mind of one of our greatest, most fascinating songwriters at an historic high point in his career; in short, it’s a gift.