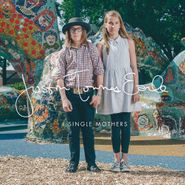 The doomed and perpetually lovelorn Justin Townes Earle returns with his 5th studio album, Single Mothers. Like previous releases, Earle continues to be a master at mixing blues, country, and folk with a touch of melancholy and darkness. While he lyrically has not strayed too far from highly personal themes of heartbreak, hard living, and loss, there is a coming of age maturity felt here, partly due to his recent marriage and sobriety. Featuring Calexico’s Paul Niehaus on guitar, bassist Mark Hedman and drummer Matt Pence, Single Mothers is much more stripped down than previous efforts but it’s within the sparse moments where this record truly shines.