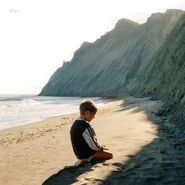 Tycho follows last year’s Grammy-nominated Weather with the companion piece Simulcast. Whereas the former was the producer’s first ever album to prominently feature vocals, Simulcast exists as a remix of sorts: a completely instrumental re-imagining of Weather that takes what were undoubtedly the most pop-forward songs of Tycho’s career into more ethereal places. For example, “Stress” flips Weather’s “No Stress” from light EDM-comedown pop into full kaleidoscopic glory; with Boards of Canada-style synths and a crisp breakbeat, it channels all the chemically-altered euphoria of Factory Records’ infamous Haçienda circa 1990.