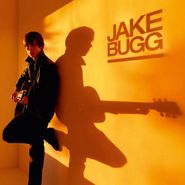 UK rocker Jake Bugg has a unique voice that echoes a modern day Dylan with a dash of Arctic Monkeys. Check it.

Jake Bugg may be a wee 19 years of age, but he seems to be plugging along at twice the clip of his contemporaries without a care of what other artists are doing around him. On his second album of the year, the Rick Rubin-produced Shangri La, the handsome young Brit digs hard into Bob Dylan, Hank Williams and a bunch of other not-particularly-hip-right-now influences to come up with a poppin’ folk-rock sound that is both contemporary and blows a lot of other radio sludge out of the water. “Slumville Sunrise” is positively twangy, with Bugg delivering a nasally load of words over a country chug before it explodes into a gloriously ragged rockabilly solo. “What Doesn’t Kill You” dispenses with quick punk riffs, while “Me and You” is an acoustic jangler that traces the steps of his heroes, but Bugg comes up with a masterful tune of his own (it’s here that he’s most reminiscent of another, once young and prolific troubador, Ryan Adams). He’s still got a ways to go before he’s as distinctive as his forebears, but for now, Bugg has mastered a balance of grit and grace that makes Shangri La an incredibly appealing listen.