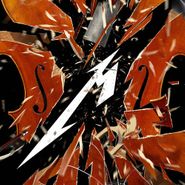 In October of 2019, Metallica and The San Francisco Symphony teamed up once again, 20 years after the two legendary and seemingly dichotomous entities first collaborated on an epic set of concerts billed as Symphony and Metallica (S&M). S&M2 features 20 songs (that’s more than 2.5 hours of music) from the two-night event that blew the doors off of San Francisco’s Chase Center. There are many Metallica fan favorites here and two unique classical pieces chosen by San Francisco Symphony Musical Director Michael Tilson Thomas. S&M2 has been newly re-edited by the band with remixed and remastered audio.