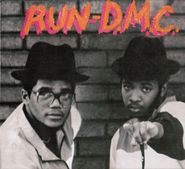 I fell in love with Run-D.M.C.'s 1984 debut from the day it was released and literally wore out my first copy of the LP. What makes this album so special is that it was the first all-killer, no-filler hip-hop album. Up to this point, rap/hip-hop was primarily a singles genre and the relatively modest number of LPs that had been released were not as consistently strong as Run-D.M.C. was. Furthermore, it officially ushered in the new era of hip-hop: it was hard, raw, aggressive, and in your face like punk rock, with sparse but pounding beats, instead of the disco derived beats typical of the Sugar Hill Records era. Plus, it had incredible back and forth rhyming by Run and D.M.C., and mad scratching throughout care of Jam Master Jay (RIP). Truly a five-star masterpiece in my book. Run-D.M.C. would release more gems such as the strong follow-up (and commercially more popular) Raising Hell two years later, but this one is the one for me.