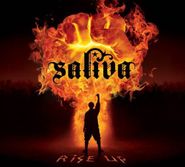 High drama nu-metal holdovers (remember "Click Click Boom?") return with album nine, perpetuating a pretty continuous streak of releases that appears to be nearing the 20 year mark as a total discography. Plenty of mid-tempo slamming and rapped/sung/screamed tortured/empowering meditations on the intimate, stressful, personal sides of humanity, peppered with electronic industrial touches that give the music its hip-hop like gait that occasionally recalls O.G. groove-metal acts like Biohazard more than some of their nu-metal brethren, despite the choruses, which soar with an emotional (and decidedly nu-metal) density 'Hazard wouldn't even try. Also notable is the return of Bobby Amaru, who replaced original singer Joey Scott on the band's last release, In It To Win It.