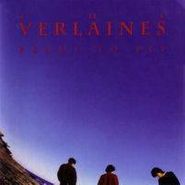 To fans of Kiwi pop, the major label signing spree that occurred in the early 90s took away from the genre's DIY hipness. New Zealand rock band The Verlaines had recorded three full-lengths for indie labels, including a debut that served as lead singer and guitarist Graeme Downes's dissertation. Then the group issued Ready to Fly (1991 Slash), their first for a major. Gone was the scrappiness of their earlier works, traded out for cleanly recorded, bouncy, well-arranged pop music. The sound may not be cool, but the songwriting and execution are superb. Opening tracks "Gloom Junky" and "Overdrawn" are lively, exuberant songs underpinned by literate lyrics about being a failure at love. On other cuts, The Verlaines bring in warm and punchy horns to the plucky "Tremble," blustery harmonica on "See You Tomorrow," and a small chamber ensemble to the doleful "Moonlight on Snow." Though mostly upbeat, the album offers enough variety to reward repeat listens, and Downes's lyrics make for rich reading. Despite a largely indifferent reception, The Verlaines' Ready to Fly is smart guitar pop worthy of wider recognition.