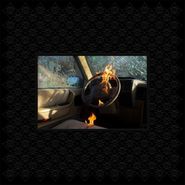 Afghan Whigs and Twilight Singers mastermind Greg Dulli, after years recording as the latter project, puts out his first true solo album under his own name. Random Desire is a direct window into the songwriter’s psyche, with the lion’s share of the instrumentation provided from Dulli himself, achieving a stripped-down take on the unique blend of indie rock, R&B, and dark pop elements that he’s perfected over the years. “A Ghost” sounds like a modern update of what could be a Dusty Springfield or Lee Hazlewood song, while “Pantomima” would sound right at home slotted between alt-rock heroes such as Foo Fighters and Queens of the Stone Age.