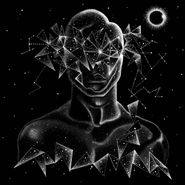 Billed as the “monozygotic twin” to simultaneous release Quazarz vs. The Jealous Machines, the back story of Shabazz Palaces new double album is so bonkers that the only way to do it justice is quote it directly: this concept LP “tells the tales of Quazarz, that sent sentient from some elsewhere. A wave warrior wielding his sonic sword. Posted to the turnt-up states of Amurderca here on the Gangster Star to chronicle, explore and enjoy as a musical emissary. He discovers a world where humankind’s relationship with their tech-devices has become weirdly sensual, seducing a sedentary seamlessness with humans, while capturing and incarcerating the results of their imagination.” Translation? Some seriously turned on, tuned in, and zonked out hip-hop that features a fittingly hazy, lo-fi production. Unlike anything else you will hear this year.