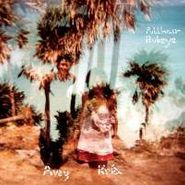 This was released with the not-so-great idea of running the entire album backwards. But reversing the music reveals a pretty little indie folk record recorded by Portner with his then-wife, simpler and rawer than anything else in Portner’s catalog, but lovely nonetheless.