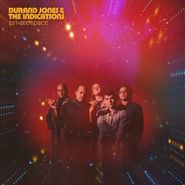 Private Space, the third album from Durand Jones & the Indications is a solidly-crafted, life-affirming celebration. The band’s vivacious soul/funk sound dives into some unexpected territory, with disco beats and synth atmospherics adding lush layers to the tracks. Written and recorded after the band spent most of last year apart, Private Space possesses a jubilance and resilience in its DNA, a fitting soundtrack for coming back together and back to something approaching normal life. It’s impossible to be unhappy with this album on so turn it up loud and take a turn on the dance floor, whether you’re in the middle of a party or in your own living room.