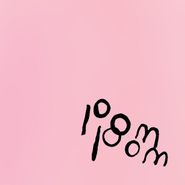 Forget everything you’ve read about Ariel Pink. His public persona has nothing to do with his music, which has never been more remarkable than it is on pom pom. “Plastic Raincoats in the Pig Parade” begins the album by approximating decades of children’s music, family VHS tapes and video game music into a multicolored parade of half-remembered sounds. On tracks like “White Freckles,” Pink taps into similar territory of outdated interstitial music and lyrics and sounds inspired by advertising, pouring his exaggerated lothario presence all over them and ending up with sticky-sweet concoctions that leave you feeling titillated and slightly nauseated. Nothing that could possibly be interesting gets thrown away in Pink’s world—“Lipstick” could be based on an adult contemporary jam you never learned the name of; “Nude Beat A Go-Go” is like a perved-up version of a Frankie & Annette movie theme song. This means there are a few tracks you’ll skip past, but it’s better to have the full Pink treatment, making pom pom feel more crucial than 2012’s somewhat cleaned-up Mature Themes. And the singles are killer. “Put Your Number in My Phone” is a new cheese classic in silk pajamas. “Black Ballerina,” like its precursor, Before Today’s “Round and Round,” is a sick roller rink jam, with a disjointed narrative flowing through. And “Picture Me Gone” takes Pink’s simmering Beach Boys influence into a gossamer synth ballad. So he’s kind of a creep. But pom pom is proof that for all his off-putting proclivities, Ariel Pink still makes some of the most fascinating and entertaining pop music around.