Live In the Mojave Desert

CDWA Records and The California Desert Wizards Association (CDWA) present Live In The Mojave Desert, a livestream concert series featuring five new concert films and five live albums filmed on location in the California desert. Inspired by Pink Floyd’s Live at Pompeii, they called up five of their favorite bands, ranging from Earthless to Stoner, the new band by Brant Bjork and Nick Oliveri, and enlisted the Mad Alchemy Liquid Light Show to light up a huge double pyramid of boulders. These incredible performances will be presented in a ticketed, world-premiere, livestream concert film series starting January 23rd.

Tickets are available now and a portion of the proceeds from this special link will benefit Amoeba! You can purchase a series pass, which grants you access to all five shows, or purchase tickets to the individual livestream of your choice. Get your tickets here.

The livestreams are two hour programs that will air live and be available on demand for 48 hours after. Ticketholders can both watch the stream and the replay. 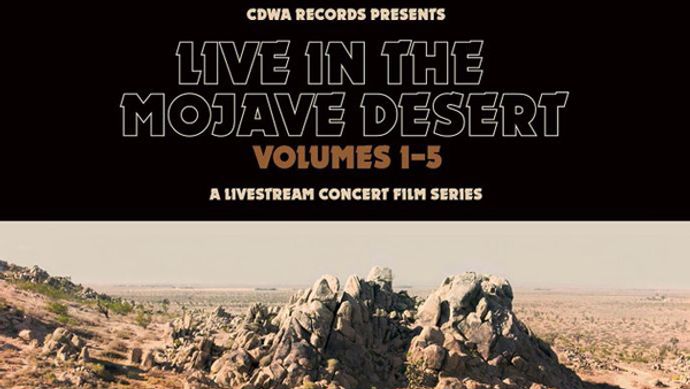