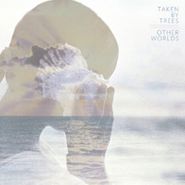 After leaving Swedish indie pop group The Concretes, Victoria Bergsman has straddled the line between conventional pop wisdom (her duet with Peter Bjorn & John, “Young Folks,” and covers of Animal Collective and Guns ‘N’ Roses) and more worldly aspirations. Other Worlds continues that tradition for Bergsman. Inspired by her travels to Hawaii, Other Worlds similarly concerns itself with one place, or one feel, rather than taking a pan-global approach (similarly to her last album, the Pakistan-influenced East of Eden), though Other Worlds doesn’t sound terribly Hawaiian as it does have a swaying, oceanic feel, like a dive captured in slow motion. “Dreams” beautifully floats into the ether on the strength of Bergsman’s nocturnal voice and chorus-heavy guitars. “In Other Words’” most notable feature is actually its country-inspired steel guitar, but the song’s slow jaunt and vaguely singsongy quality makes it feel like a codeine-fueled cover of a sea shanty. Thankfully Bergsman doesn’t allow her muse to overly rule or define her songs, and Other Worlds is quite distinct and varied, despite its understated island vibe. You forgive some of the seemingly cheesy elements of its theme, like the cutesy vibraphone and steel drums on “Pacific Blue,” because Bergsman weaves them into something unique and seamlessly ties them together with unrelated sounds. The album’s opening songs, for instance, build airy ballads over airy bedroom electronics and found sounds, which come back to the fore with the clanging “Not Like Any Other” and dubby beatwork of “Large,” both of which sound a bit like a chilled out Grimes. Like most of Bergsman’s work, Other Worlds is a feat of subtlety, but is nonetheless memorable, tuneful and easy to submerge yourself in.