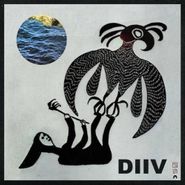 I’m a sucker for the debut album Oshin by Diiv, from Beach Fossils’ Zachary Cole. I am a huge fan of Beach Fossils’ spindly guitar pop, and Diiv is like a dreamier version of that, though they are their own entity, to be sure. Diiv represents the blurred line between early dream pop, awash with the kind of shoegazey aesthetics employed by Cocteau Twins and The Cure, and the sort of intricate guitar pop fashioned by bands like Felt and The Smiths. The result is a hugely enjoyable collection of lush melodies and guitar soundscapes in which to get lost, such as the expansive “Past Lives,” which feels much grander than its nimble two-and-a-half minutes. The centerpiece on this album is “How Long Have You Known,” a master class in economic songwriting — one simple, loping riff with minimal window dressing and direct lyrics that don’t say much but imply a sea of longing and wonder, given their gorgeous setting and rare sincerity.