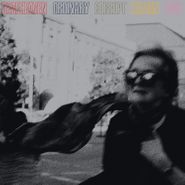 Whether it is called Blackgaze, Post-Metal, Blackened Post-Rock, or just Black Metal, genre arguments around Deafheaven have abounded since 2013’s breakout Sunbather. Let’s ignore that discussion for the moment, because it’s boring. All you need to know is that Ordinary Corrupt Human Love is the most ambitious record the group has put out yet in all of their eight-year history. Yes, that means that it also happens to especially highlight the aspects of Deafheaven’s sound that are traditionally “non-metal” and most contentious to purists, but that is part and parcel of what makes Deafheaven so uniquely talented and constantly captivating. The album begins with “You Without End,” a “Layla”-evoking piano ballad overlaid with weeping slide guitar leads and a spoken word passage before being enveloped in distortion and growls, yet never losing its melancholy, bombastic glory. “Honeycomb” takes stargazing '90s guitar rock moves (Smashing Pumpkins and Hum, especially) and melds it to throat-shredding shrieks and blistering blast beats. There’s a good reason why Deafheaven want this to be remembered as their Master of Puppets. They’re working with something special here.