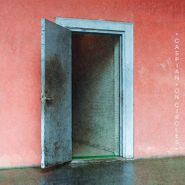 Post-rock outfit Caspian are back after a 5-year lull with On Circles. The lengthy span since their last release is reflected in this record’s unbridled ambition, seemingly making up for lost time. There are go-for-broke performances such as “Flowers of Light,” which gradually builds from a whisper to a scream within the span of 5 minutes; absolutely pithy by post-rock standards. With lightly strummed ukulele and peaceful synth loops quickly escalating into thundering drums, triumphant guitars and pure cathartic release, it’s an epic that is every part grandiose as it is condensed. On the other hand, Caspian also unwind the knotty tendencies of their genre, writing an honest-to-god single with “Circles on Circles,” the group’s first ever song to feature vocals. Not merely content to throw a tuneful melody upon some ambient jamming, Caspian meticulously craft an acoustic-driven ballad, complete with traditional verse-chorus structure and a mellow yet undeniable hook. On Circles proves that Caspian remain one of the most interesting acts in the post-rock sphere, endlessly comfortable with defying the traditions of that label.