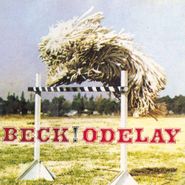 Beck's second LP is perhaps his most famous, with classic tracks like "Where It's At," "Devils Haircut," and "The New Pollution." Not surprisingly, Odelay is Beck's top-selling album of all time and consistently ranks in roundups of the best albums of the '90s. Odelay took home the Grammy for Best Alternative Music Album in 1997, and Beck received nods for Album of the Year and Best Male Rock Vocal Performance.