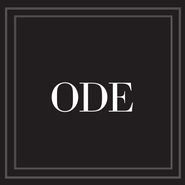 What does a rave sound like the next day? The strobe lights in a dark warehouse, the pounding kick, the blur of ecstatic faces lead to a morning-after emptiness, all fade into memories of the friends you once had. On Ode, Tin Man (proper name Johannes Auvinen) explores this feeling, offering tracks which possess an exhausted joy, the aural equivalent of the stretch of time beginning when the last record is played and stretching on towards the doleful contemplation of last night's unmade sheets. Appropriately, Tin Man's melancholic dance music is more club-ready than ever. The opening tracks explore the spacious atmosphere first proposed on Neo Neo Acid and the (recently repressed) Acid Test 01 collaboration with Donato Dozzy. Auvinen continues to coax unique, bittersweet sounds out of the 303 - his control is akin to a virtuosic theremin player, all dramatic lunges and dynamics. Yet on tracks like "Depleted Serotonin," the memories of half-remembered nights surface. That track reprises the minor-key rave breakdown, ending with nearly three-minutes of knackered techno throb. Similarly, "What a Shame" sounds like a forgotten Warp classic run through Tin Man's palette of tasteful reserve. Always conceptual, Tin Man is commenting on big room techno music by presenting his thoughtful, hungover version of it. On "Vertigo," he reins in the acid box acrobatics - opting instead for a rudimentary, early-Chicago style pattern, eventually following optimistic chords skyward. It's a simulacrum of that end-of-the-night moment when the music is so charged and utopic that all fatigue is forgotten. Auvinen's recognized talent to imbue machines with complex human emotion draws us into his world. With Tin Man's music, there is always something left unsaid -- he uses familiar elements yet his perspective remains singular and mysterious. Each dreamlike track is another clue. He ends the set with the intensely dramatic "Memoraphilia" and "Ode." The former concludes on an ominous note with strings that evoke paranoia, yet this feeling, too, will pass. The final (and title) track begins with the Deepchord-level percussive filtering that acts as the album's textural base. Almost immediately, Tin Man introduces an octave jumping acid refrain. The four-bar loop reaches operatic heights of yearning. Ode's rave stabs indicate this drama comes from the implacable notion of being alone in the crowd -- an emptiness which can remain long after it's disbanded. What comes when the dance is over?