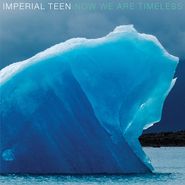 The San Francisco group drops its first new studio album since 2012's Feel The Sound, successfully reviving their '90s indie pop sound despite the fact that the band's members now live far apart from each other. Frontman Roddy Bottum's soft crooning floats over repetitive guitar rhythms on melodic, catchy tracks like “Walkaway” and “We Do What We Do Best.” “Don't Wanna Let You Go” veers toward a darker sound with a droning synth, hypnotic beat and good use of the band's trademark boy/girl harmonies. It's a cathartic return to form for the long-collaborating, influential group.